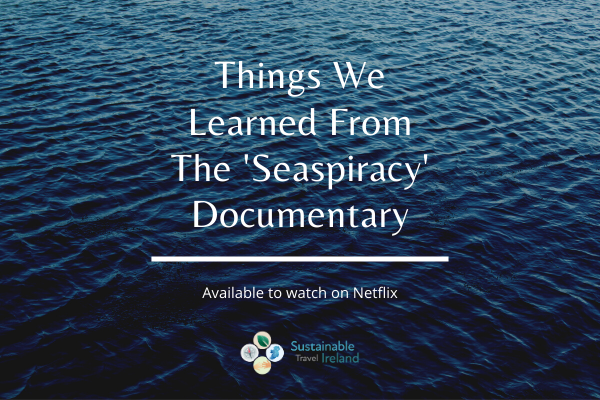 One of the latest documentaries to trend on Netflix is ‘Seaspiracy’, produced by Kip Anderson of ‘Cowspiracy’. Reactions have been strong and varied as it isn’t an easy watch. From the onset we are introduced to some stark and shocking stats and figures about our vast but yet vulnerable oceans. The documentary is an eye-opener into the benefits our oceans provide us with, as well as delving into the dark waters of the mass commercial fishing trade.

Here are 7 things we learned and some amazing stats from the documentary.

1. Our Oceans Are Home To Over 80% Of The World’s Species
Oceans give life and are home to an array of biodiversity and wildlife ranging from mammals and crustaceans, to seabirds, fish and turtles. In fact, all the life in the sea amounts to over 80% of the world’s species. As more than 70% of the Earth’s surface is taken up by the ocean, it’s not surprising how high a percentage of species live there.

2. Phytoplankton Generates 85% Of The Oxygen We Breathe
Phytoplankton are microscopic marine organisms that sit at the bottom of the food chain. When whales and dolphins poo when near the surface, their faeces feed the phytoplankton. According to the Seaspiracy, phytoplankton generates 85% of the oxygen we breathe and sequesters more than four times the amount of carbon dioxide as the Amazon rainforest! So more phytoplankton in our oceans, means less carbon in our air. You can watch a really cool short video about this here.

4. 46% Of Ocean Pollution Is Fishing Gear, Like Nets
Our personal plastic waste is not the only problem. So are materials and waste created by fishing. A whopping 46% of the plastic found in the ocean is down to fishing lines and nets which easily get stuck in between cracks and coral, and get caught up in seaweed and other marine species.

5. During One Day’s Fishing, There Is Enough Fishing Line Used To Wrap Around The World 500 Times
When you visit the beach, look closely at the seaweed and you will find torn netting and other fishing materials. Once you see how much of it is present, you start to fathom this shocking stat.

6. Marine Populations Are Declining
As highlighted in the documentary less than 3% of the bluefin tuna remain today due to overfishing. Many shark species have dropped by 80-99% in the last few decades. Sea birds have also declined by 70% since 1950 due to hunger because of lack of fish. There are many reasons for this. Plastic pollution is one, but overfishing is the major issue, Many species are caught up in the nets of towering trawlers accidentally. This is called bycatch. More than 50 million sharks and 300,000 whales and dolphins are killed annually due to bycatch. Marine life keeps our waters fresh and healthy. It may be a shock to some, but we need sharks, dolphins and whales to survive.

7. If The Trends Continues, The Ocean Will Be Empty By 2048 And 90% Of Coral Reefs Will Die By 2050
If the Amazon rainforest is our right lung, the Great Barrier Reef is our left thanks to its vast but ever-threatened coral reef. The coral is a source of nutrition for sealife. But just like flowers that depend on pollinators, the coral also depends on marine life to survive. The more marine life depletes, the less life there is in the coral. The time to make a change was yesterday. We need to push for more legislation that protects marine life and waters from being overfished and we need to support those who actively conserve life under water.

So What Can We Do?